Dr. Barney is a leading geriatric Occupational Therapist and advocate for aging adults in the St. Louis community. Dr. Barney is a Professor Emerita in the Department of Occupational Science and Occupational Therapy at Saint Louis University, where she served as Department Chair, and has touched the lives of countless students while teaching, conducting research, and practicing Occupational Therapy. Inspired by her son’s incarceration, Dr. Barney founded the Transformative Justice Initiative & OT Transition and Integration Services for persons transitioning from jail and prison. She also served as Interim Director of the Prison Education Program at Bonne Terre. Dr. Barney was inducted into the Roster of Fellows of the American Occupational Therapy Association in 1998 for making a significant contribution in her field. She has been actively involved in organizations like the American Association for University Women which promotes gender equity in education and workplaces. With 55 years of experience in practice, higher education, and service, Dr. Karen Barney is a force to be reckoned with in the St. Louis community.

Professor Early is an award-winning essayist, author, and editor, and is the Merle Kling Professor of Modern Letters in the African American Studies Department at Washington University where he has taught since 1982. He has served as a commentator for NPR and as a consultant for multiple documentaries with Ken Burns. He has been nominated for the Grammy Award Best Album Notes twice in 2001 for Yes I Can! The Sammy Davis Jr. Story and in 2002 for Rhapsodies in Black: Music and Words from The Harlem Renaissance. He has served on several nonprofit boards including the Missouri History Museum, the Foundation Board of St. Louis Public Library, Jazz St. Louis, and the Whitaker Foundation. In 2013, Gerald Early’s accomplishments were commemorated as he was inducted into the St. Louis Walk of Fame.

Dr. William Finnie’s notable career at Anheuser-Busch, tireless involvement at Washington University, and selfless nonprofit guidance make him truly remarkable. After being at the center of Anheuser-Busch’s strategic planning, Bill knows as much about the brewery industry as anyone alive. Bill has been involved in helping the Olin Business School at Washington University ascend among the leading business schools in the country both as an adjunct faculty member and through his and his wife Glenda’s generous scholarships. Bill has given back to the community by using his strategic planning expertise guiding several nonprofits for effective strategic planning.

Jane is the reason many historic landmarks still stand in our community for residents and visitors to enjoy. As a member of the St. Louis County Historic Buildings Commission and past Chairman, Jane and her team have helped add structures to Faust Park and encouraged the preservation of other county buildings. Jane is currently on the Board of Directors of St. Louis Mercantile Library and Campbell House Museum where she has also volunteered as a docent for the past 50 years. Continuing to support her community, Jane has worn many hats while enhancing Tower Grove Park as the Emeritus Commissioner, Co-chair, and planning committee member of the Flower Power luncheon since the inaugural event. Gleason’s accomplishments don’t stop there as she is also currently a Member of the Council of the American Museum in Britain, a Member of the Board of Direction St. Louis Mercantile Library, a Volunteer in the Richardson Library at the St. Louis Art Museum, and a Docent at the Field House Museum.

Michael Houlihan is currently President of Houlihan Development Company (HDC) a consulting and development organization that provides a unique service for construction contractors. He continues to provide coaching to company owners, sales training, and business development as well as employee training and development. HDC Homes Without Limits, tagline is Functional living, beautiful design, involved renovating and building homes for all people no matter their physical limitations to thrive. Michael earned a Bachelor of Arts in Landscape Architecture from the University of Illinois (1973). Mike considers himself a farm boy since he grew up with horses on one of his family’s growing farms located about 30 miles west of St. Louis. He grew up knowing St. Louisan’s have a passion for beautiful spaces through exceptional architectural design and gardens. Mike is a founding board member of St. Louis Civic Pride Foundation whose mission is to “unleash St. Louis Civic Pride.” Mike often says, “Imagine what could be possible if we treated one another as if everyone was a guest in our home?” He is a 2001/ 2002 Leadership St. Louis graduate. He is a former board member of the Gateway area chapter of the National MS Society and former board member of the Edison Theater at Washington University. Mike has been in a wheelchair since 2001. He has a degenerative nerve disease that began with symptoms during his teenage years.

Mary Ann Mastorakos has been a St. Louis community leader for over 40 years and has left her mark while serving on the Chesterfield City Council, her Parish Council, and on multiple nonprofit boards. St. Louisans know Mary Ann from her role on Chesterfield City Council where she was elected President Pro Tem and has given countless Chesterfield residents a voice in their community. Additionally, Mary Ann has stayed involved with her faith while on her Parish Council at St. Nicholas Greek Orthodox Church for six years. Her selfless nature led her to take roles on nonprofit boards like The Scholarship Foundation of St. Louis, Girl Scouts of Eastern Missouri, and Board Presidency of the Delta Gamma Center for Children with Visual Impairments in St. Louis.

Diane McCullough taught music at the Laboratory Schools University of Chicago for eleven years and in the St. Louis Public Schools for twenty years at Marquette and Carr Lane Visual and Performing Arts Middle Schools, retiring in June 2007. She combined professional singing (art song, opera, and 20th century chamber music) with teaching for 13 years in the Chicago area then spent 7 years in Germany (6 at the National theatre Mannheim) singing opera. She guided her sixth and seventh grade students in writing their own operas for 7 years at Carr Lane. Diane has been a national trainer for the “MUSIC! WORDS! OPERA!” curriculum since 1996. Missouri Music Educators Association St. Louis Metro District Eight awarded her the 2006 Merit Award and the 2008 Hall of Fame Award for Outstanding Service to Music Education and to Metro District Eight. Diane has been a founding director for three nonprofit organizations – Karumanta, an Andean flute band, The St. Louis Scottish Games, and Scottish Partnership for Arts and Education (SPAE). Besides doing work for SPAE and leading the band “Peat Fire Flame,” Ms. McCullough volunteers as:

Jack is the kind of person who actively seeks out opportunities to be of service to his community whether through volunteer service or through his career as a partner and the managing partner of the law firm Thompson Coburn.

Jack is a member of The Sheldon Arts Foundation Board; he was one of the original directors of the St. Louis Regional Business Council and also served as its General Counsel for many years; he has served as a Commissioner on the Board of Commissioners of the St. Louis Art Museum and also served as the Commission’s President for four years; he is one of the founders of The Affton Education Foundation providing college and trade school scholarships and teachers grants to Affton High School students and teachers; he serves on the Executive Counsel for the Greater St. Louis Boy Scouts of America; prior community service includes Professional Division Chair of the United Way Campaign, directorships at Community School and The Nursery Foundation. Jack’s legal career of 52 years at Thompson Coburn and its predecessor, Coburn & Croft, is impressive, involving the trying of complex civil cases involving intellectual property, product liability and commercial issues before various state and federal courts for the benefit of the community.

He is a member of several prestigious peer selected national and international trial lawyer organizations and was one of three lawyers who tried the longest civil jury trial (3 years and 10 months) in American history according to The Guinness Book of World Records.

Harvey is the Co-Founder of Brown Smith Wallace (a top 100 CPA firm). His firm merged into Armanino LLP in 2021, and he currently serves as a Partner in Armanino’s Private Client Advisory Practice. In 2015, he was named as an MP Elite by Accounting Today, recognizing his leadership of Brown Smith Wallace. Harvey has over 45 years of experience in tax planning and consulting, business consulting for privately held businesses, and business valuation. An involved civic and community leader, Harvey currently serves on the boards of the Jewish Federation of St. Louis, the Magic House, the Foundation for Barnes-Jewish Hospital, the St. Louis Men’s Group Against Cancer, the United Way of Greater St. Louis, and Wyman Center. He was also Past Chairman of the boards of the Jewish Federation and the Magic House.

The Jewish Light recognized Harvey as an Unsung Hero in 2015 and in 2016 he received the Missouri Board of CPA’s Outstanding Public Service Award for his significant contribution to the community.

Bruce Yampolsky has been an extraordinary advocate for the needs of older adults and marriage equality in the St. Louis community. Bruce has been the Missouri President of the Silver Haired Legislature and has been the President of the City Chapter for over 20 years, promoting legislative advocacy for Missouri's older adults. Bruce served as the first openly gay elected official in the City of St. Louis, formerly serving as the 28th Ward Democratic Committeeman and a Member of the Democratic State Committee. Yampolsky was also one of the founding board members of Services & Advocacy for LGBTQ+ Elders (SAGE) and served as president for many years. He has lived a life of service-first in the Navy, politics, City Government, and helps community organizations as he continues to serve on many boards.

Are you a past Ageless Remarkable Saint Louisan and would like to learn more about joining our Ageless Society? 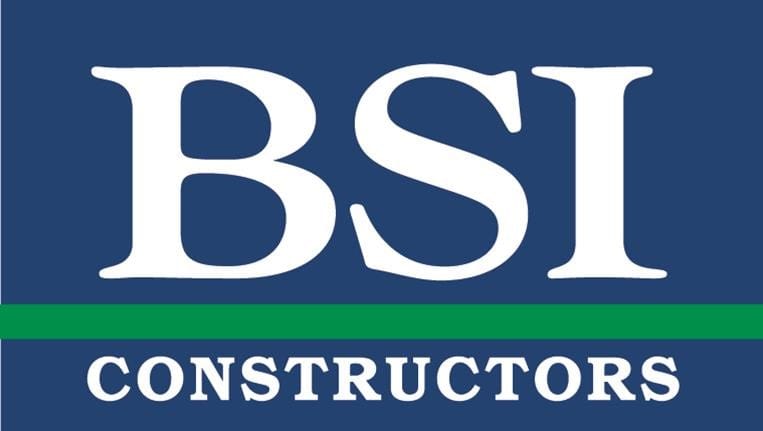 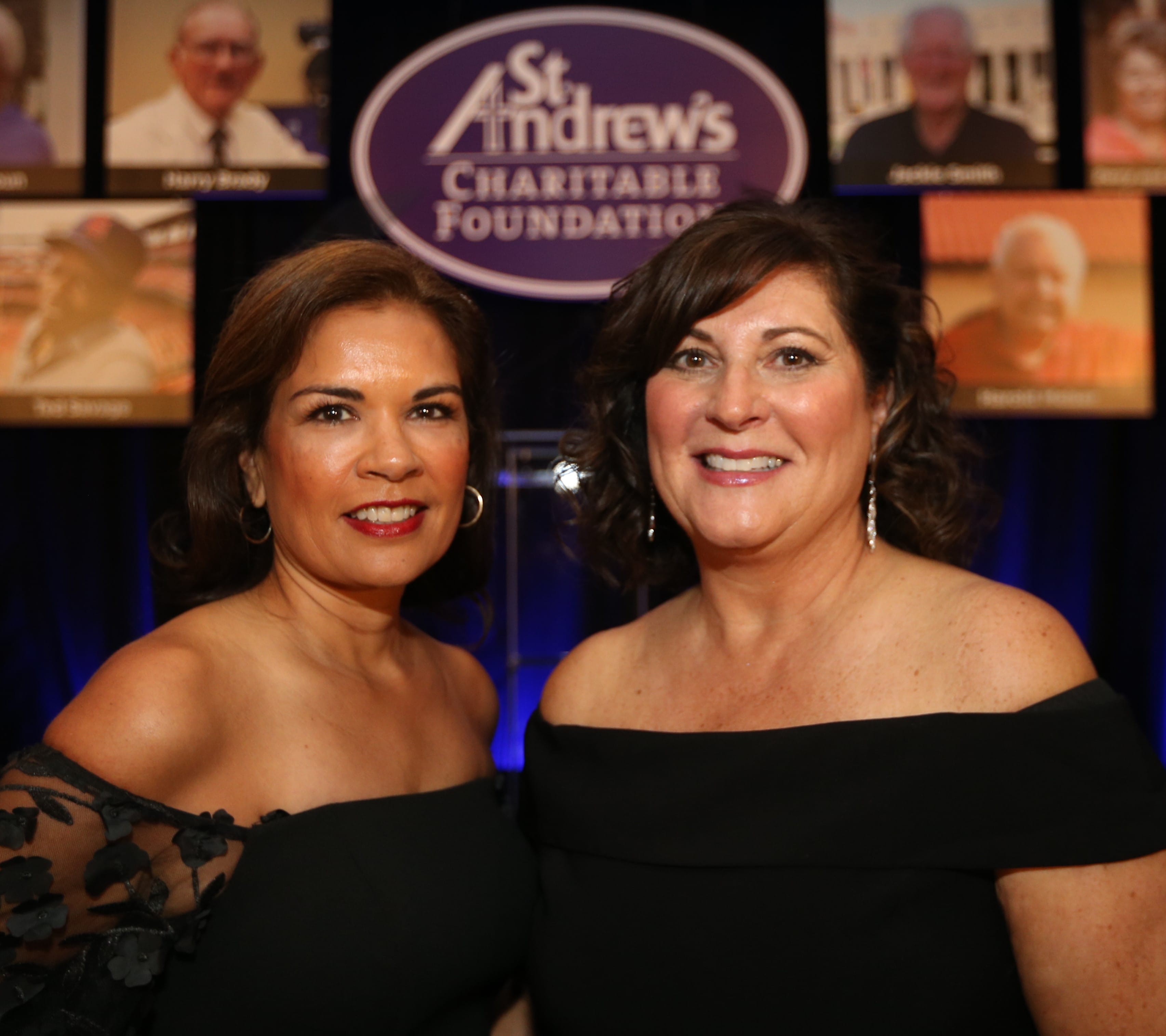